These have a black head, neck and beak, with white cheeks. The chest is usually white, the feathers on the back and the wings are brownish or grayish. They are usually a migratory species, but residence populations exist in coast and central regions of North Carolina. Because they are protected under the Migratory Bird Treaty Act, it is illegal have one without a permit. Because they tend to fly in large flocks, they can collide with aircrafts and result in damage or crashes. They are hunted and harvested for meat and down feathers. 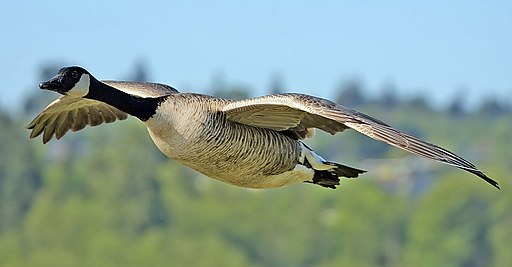